THE DIFFERENCE BETWEEN BROADBAND AND 4G 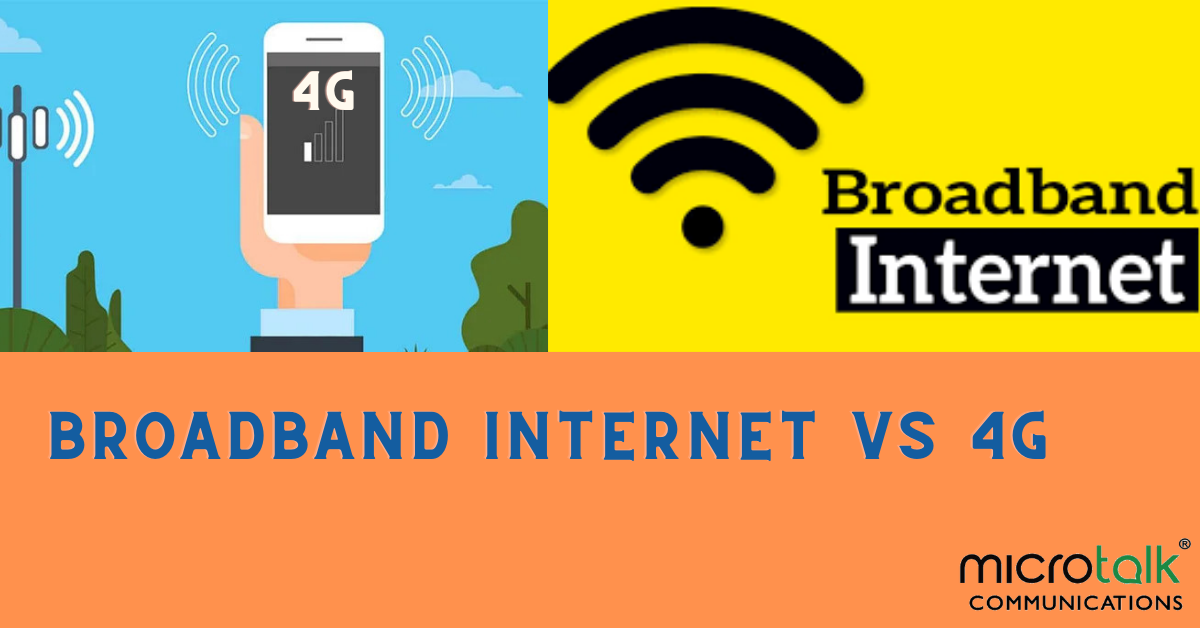 It has taken a long time since launching of Internet connection for the public by VSNL in 1995 to becoming the second most user base of internet services in the world, India as a market has gained considerably and is still showing growth in years to come as well. Due to the presence of narrowband internet, progress was slow but after the inclusion of Broadband internet since 2004 the demand and supply has grown exponentially. It can be even reflected in the mobile internet market as well, after the auction of 3G and later 4G spectrum where the demand grew in a similar manner but it took much less of a time to catch up if taken scale for scale.

The introduction of 4G in the Indian market made the situation even more competitive for the Broadband Internet providers as they brought comparable speeds in the mobile devices as well. A broadband connection is served through cables to one’s office or home these cables can be copper wires or even Optic Fiber, whereas a 4G connection is enabled through mobile phones with a SIM card which is on a network that is 4G capable.

1. SPEED: Even as the network providers claim that 4G experience is as seamless as it gets, the fact is not exactly the same. The huge base of users is burdening the 4G internet’s performance which can be confirmed by the Global speed testing platform OOKLA where according to a study done in October 2019 shows that the average Download speeds in a Broadband connection in India is

2. RELIABLE: The challenges faced by 4G users are mostly disconnection and drop out rates being very high and frequent, as the infrastructure made for a market the size of India is not capable fully to handle the ever-growing demand. In this aspect of comparison Broadband connection triumphs because the infrastructure for this kind of connection is ample and well-equipped to perform and deliver steady online presence.

3. PRICE: The price when comes to subscribe a 4G connection seems to be lesser in comparison to a Broadband connection at the first time but as we can see that taking an average of 4 members per house and with our increasing appetite for online activities like binge watching Netflix shows makes the costs go higher up as the data levels are exhausted quite easily, whereas when opting for a Broadband Connection these issues are not present as you pay the fee and get unlimited usage of data and it can be similarly used by all the family members for their different activities like scrolling through social media, gaming, working from home or watching your favourite movie’s re-runs.

4. ADD-ONS: Now as the demand for OTT platform’s content is on the rise by the day the Broadband connection providers are now bundling up their packages of Internet plans with added subscriptions on Netflix, Amazon Prime Video, Hotstar and many more. These benefits are not received when one renews their data plan on a 4G network because there seems to be a data cap in their plans which makes it cumbersome for viewing content of these popular platforms.

There is no clear statement of who is the clear winner as the diverse market has diverse needs for a service which suits them well. Even though Broadband Internet wins most of the categories 4G internet has a positive point in terms of mobility. There are several providers in the market today but there is one ISP who is coming out on top.