Do you Own the Internet? 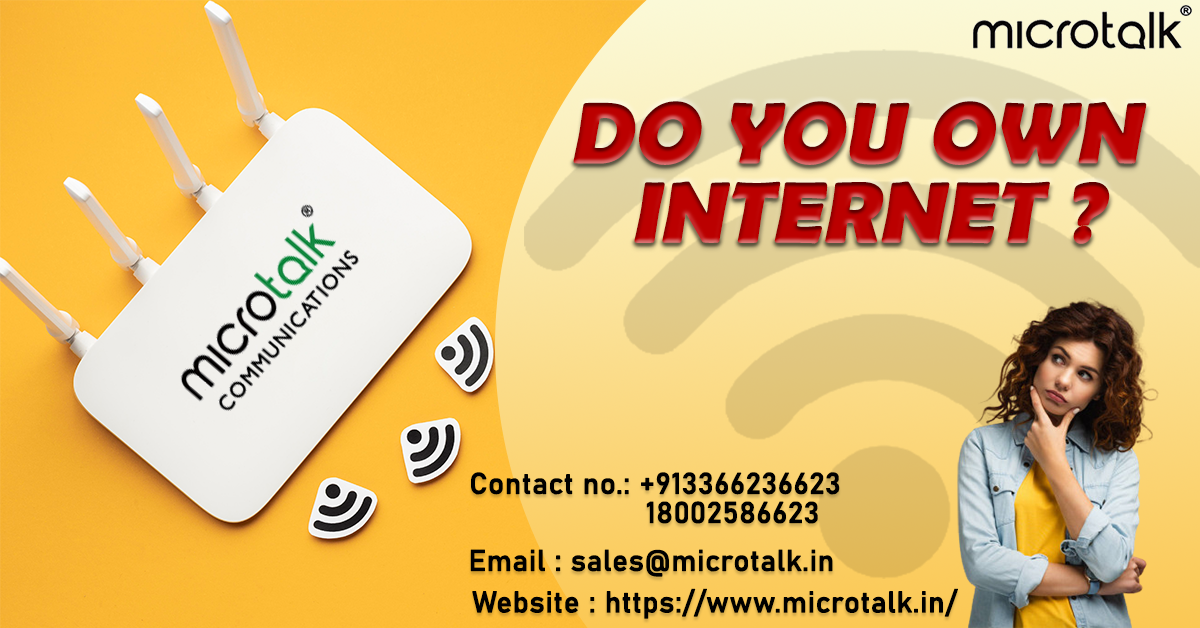 The internet is a larger network that allows computer networks controlled by enterprises, governments, colleges, and other organizations all over the world to communicate with one another. As a result, there is a tangle of cables, computers, data centers, routers, servers, satellites, and Wi-Fi towers that allow digital data to go across the world.

Before answering about, Do you own internet? Let us remind ourselves that, How big is the internet?

Internet is Enormous!  The size, scope, and volume of information available on the Internet are always expanding. As a result, any data on this subject that is currently available will most certainly expire tomorrow. In terms of size, the Internet is enormous. It contains a tremendous amount of information in many formats that are constantly developing (images, video, audio, etc.).Every day, millions of users contribute to the Internet's size.

Usage of the internet is also huge. In 2019 and 2020, internet users worldwide spent an average of 145 minutes per day on social media, up from 142 minutes the previous year.

It's also growing. The number of active websites is increasing by every second. The figures are over a billion which keep on changing.

A massive network of fiber-optic lines, telephone poles, underwater cables, satellites, and everything else that makes up the internet's "physical side" facilitates all of this. So, whoever controls the internet, owns something massive.

To look for owners, we must find that who invented the internet?

It's hard to attribute the development of the internet to a single person, as one might anticipate for technology as vast and ever-changing as the internet. Hundreds of pioneering scientists, programmers, and engineers worked on the internet, each developing new features and technologies that eventually blended to build the modern-day "information superhighway." In the early 1900s, Nikola Tesla considered a "world wireless system," while in the 1930s and 1940s, visionary thinkers such as Paul Otlet and Vannevar Bush envisioned automated, searchable book and media storage systems.

The concept of "packet switching," a mechanism for successfully conveying electronic data devised by computer scientists, would subsequently become one of the primary building blocks of the internet. With the construction of ARPANET (Advanced Research Projects Agency Network) in the late 1960s, the first working prototype of the Internet was born. ARPANET, which was originally supported by the United States Department of Defense, employed packet switching to allow several computers to interact over a single network.

The narrative, however, does not conclude with the development of package switching. Tim Berners-Lee dreamed of a project based on the notion of hypertext (interconnected texts linked by hyperlinks) to simplify information exchange and updating among CERN researchers in the early 1980s.

Berners-Lee spotted a chance to merge hypertext with the internet in 1989. The World Wide Web was born, an "information space" where documents and other web resources are recognized by Uniform Resource Locators (URLs) and interconnected by hyperlinks.

The internet was popularized due to the web, and it was a critical step in the development of the massive treasure of information that most of us now have access to regularly.

So, do you own internet?

The answer is no one and everyone- it sounds paradoxical.

It's difficult to claim ownership of a concept. Only work that is fixed in tangible form is protected by copyright (such as written documents, and so on). Furthermore, while patents protect particular ideas rather than mere expressions of those ideas, they are not appropriate for broad concepts.

Someone owns every telephone pole, cable, satellite, router, datacenter, and so on. However, they are virtually useless when they aren't connected; it is only when they are that the internet is formed. The internet is more of a notion than a tangible entity in this sense. Even though people own the infrastructure that supports it, it is always changing.